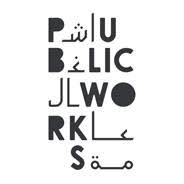 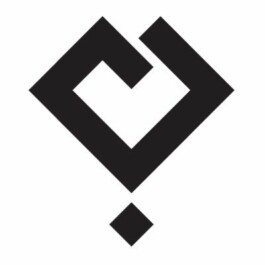 Lebanon is a country with 17 recognized religious sects and a sectarian constitutional frame that allocates top governmental posts based on The National Pact of 1943 and the alTa’ef Agreement of 1989. Many Lebanese do not see the electoral system as neither fair nor representative, with good reasons. Thawret 17 Tishreen (17 October Revolution) was the result of labor of many people, among them anti-sectarian sociopolitical platforms and initiatives that continue their struggle through the ongoing Covid-19 Pandemic, the Beirut Port Explosion, the disintegration of the financial system, and the collapse of the energy and other vital sectors. Since summer 2021, citizens receive electricity only for few hours a day. The currency has lost about 90% of its value in the latest of multiple episodes of hyperinflation that dot the young history of the republic. Meanwhile, side-battles of proxy wars continue to take place at and within its borders.

Amidst all the chaos, several initiatives and organizations are working passionately to free the country from its past-present colonial shackles. One of them is Public Works Studio, which was founded in 2012 and defines itself as "a multidisciplinary research and design studio that engages critically and creatively with [...] urban and public issues in Lebanon." Some of its activists were among many others more that enabled the rise of the municipalist platform Beirut Madinati around the 2016 elections (see the second link in this detour).

We chose these two examples because their work links scholarly investigations with politics through many dimensions; one being the use of creative tools, illustrations and visuals. They target to inform and engage everyday people through witty social media snippets that communicate the main findings of their elaborate analyses and explain the resulting demands. At the same time, they make longer-read studies and proposals publicly accessible. They communicate knowledge on systems of exclusion (systemic, spatial and others) and articulate mechanisms to reduce precarity and vulnerability, and their websites have original and archival materials. In some of their activities they remind of the importance of value-driven extension schools like The Detroit Geographic Expedition and Institute (see detour 201).

One of the most noteworthy aspects of Thawret 17 October is how it mobilized people in various city spaces and occupied them through bodies interrupting flows and ‘business as usual’ (streets, squares, vacant spaces such as the Grand Theatre, a.o.). Actors utilized the convergence of people at these places to converse, build new connections and consciousness, and stand firm on political demands against the elites. As Mona Fawaz and Isabela Serhan wrote:

“In October 2019, activists were keen on challenging privatopia. They turned the severed historic core into the headquarters of their action. They built their tents on private property, demonstrating through these newly established sites of operation the possibility of reorganizing Beirut’s historic core into an actual lived space. Their activities expanded to closed-down public venues that they reclaimed as sites of discussion and mobilization. Thus, the derelict Egg, a building that ironically was incomplete at the outbreak of the civil war, gained for the first time a resounding public life. Here, professors and students organized teach-ins during the mornings, while public debates about national challenges were held in the afternoon, and rave parties were scheduled in the late hours of the night, ultimately filling an official round the clock timetable. The reclamation of space also expanded to areas falling within the private domain, such as land lots earmarked for development, demonstrating yet one more time that property boundaries are imagined and privatization is consequently reversible, despite the neoliberal narrative.”