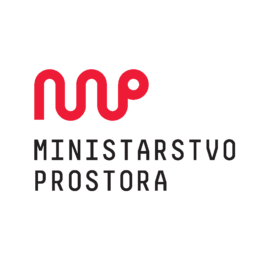 Description:*
* extracts from the Belgrade Timeline on CMMM.eu

The Ministarstvo Prostora (Ministry of Space, officially registered as the “Institute for Urban Politics”) was formed in 2010 with the aim to activate unused spaces through direct action and municipal negotiations. Over time its aims and mission expanded, yet from the onset, the collective has been dedicated to spatial politics that ensures the re-placement of public interest onto the agendas of city development, and therewith, a just distribution of spatial (and related monetary) resources. Today, MP’s activities target promoting communal use of public spaces, the development of urban commoning practices, participatory urban planning mechanisms, and housing justice. The collective addresses housing mostly through critical analyses of official housing policies and advocates for alternative approaches that treat it as a right rather than a commodity. (continue reading about MP on the cmmm timeline)

The Belgrade Waterfront project was first presented in 2012 during an election campaign by then First Deputy Prime Minister Aleksandar Vučić (from 2014 to 2017 he was Prime Minister, and since then he has been the President). After two years of relative silence, the project made headlines in 2014 with the emergence of investor Mohamed Alabbar. In April 2015, the contract was signed with his Abu Dhabi-based development firm Eagle Hills. While initially he had promised USD 4 billion in loans and investment to develop the Belgrade Waterfront project, by the time the contract was signed, this sum had shrunk to USD 160 million in investment and USD 300 million in loans, in return for 68% of the profits and a 99-year lease of the land.

The plot of land in question lies at the heart of the city, next to the central train station and along the Sava River. The project takes over the historic Savamala neighborhood in its northern section, an area that had become a vibrant and attractive center for youth, artists, and alternative culture. While the majority of this high-potential land was not developed, it was home to 88 families of railway workers and Roma squatters, who have been evicted to make room for the 2 million square meter commercial complex that consists of hotels, office buildings, luxury apartments, the largest shopping mall in the Balkans, and a Dubai-style 200-meter-high tower. (continue reading about the Belgrade Waterfront development on the cmmm timeline)

The Belgrade Waterfront project and the corruption affairs that ushered it triggered a great number of activists (including Ministarstvo Prostora) to mobilize resistance. It brought about the Ne da(vi)mo Beograd (Don’t Let Belgrade D(r)own, NDB) initiative, which employed various strategies and tactics depending on their projected effectiveness, risks, and resources. The initiative captured public attention through the mass protests it organized on 26 April 2015 around the iconic Belgrade Cooperative Building, where the signing of the Belgrade Waterfront contract between the government and Eagle Hills was taking place. During the protests, giant yellow inflated rubber ducks were held up, playing with the fact that the sound of the word “duck” is the same as the Serbian word for “fraud.” Soon after, this became the symbol of NDB. (continue reading about Ne da(vi)mo Beograd on the cmmm timeline)