detour 204_via States of Emergency 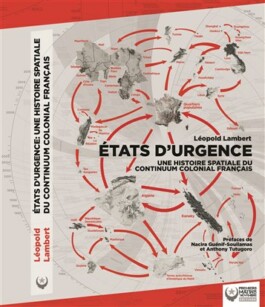 A counter-revolutionary law par excellence, the state of emergency links the three time-spaces of the Algerian Revolution of 1954-1962, the Kanak insurrection of 1984-1988 and the uprising of the working class neighborhoods in France in 2005.

This book looks in detail at each of these three applications as well as the more recent one of 2015 to the present day, attempting to build bridges between each. In this study, the author uses the concept of colonial continuum in both its temporal and geographical dimensions. Within this continuum, a certain number of military officers and high colonial officials circulate, as well as immigrant populations and revolutionaries.

Trained as an architect, the author anchors his reading in the spatial dimension of the state of emergency by linking the regroupment camps in Algeria, the white city of Nouméa, the police stations in the French suburbs, as well as the Kasbah of Algiers, the Kanak tribes and the slums of Nanterre.